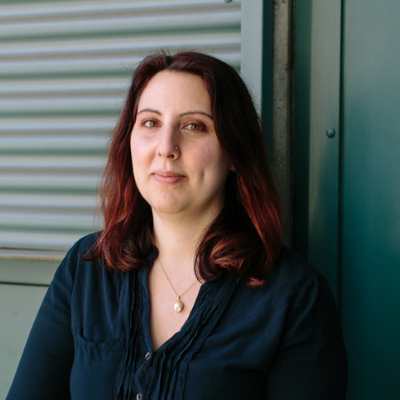 Stefania Seccia joins the Women’s National Housing and Homelessness Network as its Advocacy and Communications Team Lead following a decade working as a journalist. She is also working with Keepers of the Circle to help build communications capacity and mentor an Indigenous woman to lead in the role. Stefania is a settler living on the unceded territories of the Coast Salish peoples, the xʷməθkʷəy̓əm (Musqueam), Sḵwx̱wú7mesh (Squamish), and Sel̓íl̓witulh (Tsleil-Waututh), whose presence on and stewardship of these lands continues to this day.

She recently worked with the Canadian Alliance to End Homelessness for more than three years building their online presence and the belief that ending homelessness is possible. Stefania supported the launch of many of its Allied Networks such as the Women’s National Housing and Homelessness Network, National Right to Housing Network and Canadian Lived Experience Leadership Network; as well as working on its Vote Housing Campaign as National Deputy Director, which saw tens of thousands of people from across Canada elevate the housing crisis as one of the key issues in the 2021 federal election; and she oversaw and managed the organization’s campaigns, media outreach, and social media strategies. Stefania also founded and co-hosted the popular On the Way Home podcast that releases a weekly episode focusing on the hot issues in the housing and homelessness sector.

For the 10 years spent as a reporter and editor, she explored housing crisis issues concerning the nation’s most vulnerable with a special focus on solutions to homelessness in her hometown Vancouver, and the Downtown Eastside. In that time, she researched and wrote ground-breaking stories diving into social justice issues. She currently sits on  Megaphone Magazine’s board of directors, a social enterprise based in the Downtown Eastside that elevates and platforms marginalized voices, where she was formerly the Managing Editor. Above all else, Stefania believes we can solve the homelessness crisis and create a sustainable and just society where every person’s right to housing has been realized.

Outside of work, you can find her running Dungeons and Dragons campaigns, getting chased off of mountains by black bears, or hanging out with her partner, kid and pup in the wilds of Vancouver, B.C.