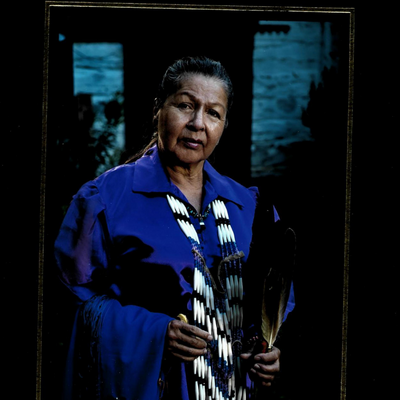 In 2015, shortly after returning to her home community at Whitefish River First Nation, she was evicted from the original family home and became homeless. Her belief was and is that Indigenous people already own the land, so there was and is no need to “purchase” land that one’s people already own. She created a tiny home, situated in the woods on the Whitefish River reserve on unused land, where she lived off-grid for three years.

In 2018, the Whitefish River reserve evicted her and she became homeless again. In 2019, Marie was accepted as a member of Wiikwemkoong Unceded Territory.